Decred: Behind the Name 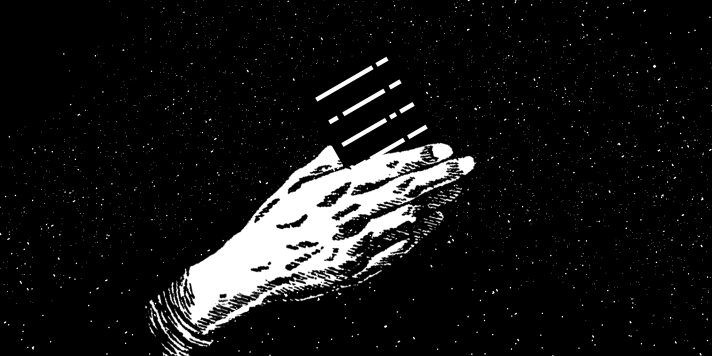 It is believed that money, as medium of exchange and measure of value, first emerged from the trade of livestock and grain from 9000-6000 BC. This was followed by the arrival of commodity money during the Bronze Age, where commodities such as gold, silver, salt or cowry shells were traded. However, it was proto-money – items made of the precious metals (such as jewellery) – that eventually became more favoured throughout the medieval times. Precious metals were more divisible, portable and durable in comparison to grain, cattle, salt or shells. Which was also one the reasons gold was favoured by the ancient Egyptians.

Whilst many people thought that gold and silver had intrinsic value due to its scarcity and use case in jewellery, not everyone was of this opinion. During pre-revolutionary America, fur traders in Hudson Bay, Canada, quickly learned that gold and silver was of no use to the first nations that lived there. Instead they used beaver pelts as a currency in exchange for items they needed such as knives and axes. In fact, it is thought that the word “buck”, now used synonymously with the word “dollar”, stems from the days when Americans traded animal skins such as deer and elk buck.

From history we can learn that the best form of money evolved to have intrinsic value, could be easily transported and divided, and was both durable and useful.

The Greek philosopher Aristotle was in some agreement with this. He was possibly one of the first people to contemplate the nature of money. Around the year 350 BC Aristotle considered that every object has two uses, the first being the original purpose for which the object was designed, and the second is to conceive of the object as an item to sell or barter. Bartering was a system where items were directly exchanged for other items without using a medium of exchange. But because items exchanged weren’t always an exact match in value, it was commonplace for people to be either left in debt or credit. Therefore it is thought by some that the early bartering economies marked the advent of the first credit systems. As a result some people have also suggested money was first created to replace the need for barter.

However, anthropologist David Graeber argued against this suggestion. Graeber stated that there is a lack of supporting evidence, and that his research indicated “gift economies” were common during the beginnings of the first agricultural societies, where humans used elaborate credit systems. Instead Graeber proposes that money as a unit of account was invented the moment when the unquantifiable obligation “I owe you one” transformed into the quantifiable notion of “I owe you one unit of something”. Therefore in Grabber’s view, money emerged first as credit and only later acquired the functions of a medium of exchange and a store of value.

It is clear that during the times when money was “credit” there was no need to rely on any third party to exchange value. There was no need to trust that a note or coin has the value that a government says it does. We were all in control of our own money, and it had the intrinsic value we assigned it.

Whilst proto-money gained most popularity out of all commodity monies, it wasn’t without its issues. Gold and silver weren’t always easily divisible, and it was difficult for the average person to verify the weight and purity. This often led to fraudulent metals being circulated, such as fool’s gold. As a consequence kingdoms, empires and governments began minting gold and silver bullion coins to be used as a medium of exchange and store of value within their realm – the dawn of standardized coinage.

Minted coins brought about a number of improvements to money. It meant money could change hands in a more secure manner, with much less frequent need for weighing. Furthermore, although these coins were not always identical – most bearing their own unique imperfections – they did bring about a vast improvement in fungibility compared to proto-money.

For this reason civilizations quickly adopted and became reliant upon minted coins. The benefit of not having to trust or rely on a third party when exchanging value had to be traded off against the requirement for money that was easy to use, due to it being divided into small transportable units with a specific authenticated value.

One thing led to another, and before we knew it – here we are, carrying around worthless metallic discs and pieces of paper in our wallet that the government controls entirely! Also known as fiat money; the legal tender that the majority of the world know and use today. In its physical form fiat money is still represented by coins, but also paper banknotes. Together coins and banknotes can also be referred to as cash.

This resonates with my own thoughts. When I hear the words “cash” or “coin” I immediately think of something that is representative of old school physical money – like a banknote screwed up in my pocket, or the pot of old loose change that sat on my desk. In my opinion coins and cash represent something that is issued and controlled by a government or central bank. I believe cryptocurrency represents something fundamentally different, something more versatile – I feel it represents the future of money.

The birth of cryptocurrency has the ability to take us back to the time when credit was money. A time when we had no need to rely on a third party when exchanging value. There is no longer a need to use minted commodity money or fiat money as a trade off. Blockchain technology solves problems that have plagued us for millennia. It is divisible, durable, portable and fungible. But at the same time it has intrinsic value. Its value is derived from its functional use as a private, censorship resistant, and secure medium of exchange and store of value. In addition, cryptocurrency has become a digital commodity, where value is derived from the certain scarcity and set rate of supply. What’s more, this value is assigned and recognized by us, the cryptocurrency community.

Although many people now associate “credit” with a positive unit of value that allows someone to obtain goods or services, understanding its place in the history of money makes it all the more meaningful. However, when the name “Decred” was selected it was perhaps chosen with a different meaning in mind. It is thought that whilst the projects early founders and organizers Jake Yocom-Piatt, tacotime, and _ingsoc were brainstorming on the topic of “Decentralized Credits” they looked to the future for inspiration.

It is rumored that “credit” was thought of in the context of Sci-Fi. The use of “credits” is common in futuristic Sci-Fi settings. In fact, there is a well know cliché pointed out by the popular futurist and comic book writer Sam Humphries who said, “In any science-fiction movie, anywhere in the galaxy, currency is referred to as credits”.

In Sci-Fi novels and movies “credits” are widely used and envisioned as a form of electronic money. The first use of “credits” in Sci-Fi can be traced back to the novel “Galactic Patrol” by Edward E. Smith, first published in 1937. Smith wrote “Bid, one thousand credits per packet of ten. Offered, none at any price”. However, the first published explanation of what a “credits” represents was in the science fiction novel “Space Viking” by Henry B Piper, published in 1962. Piper wrote, “Our currency is based on services to our society. Our monetary unit is simply called a credit”. Surprisingly fitting book titles and topics, given the Decred community’s current enthusiasm around the space theme!

So, it seems only natural that the most fundamentally important feature of cryptocurrency is brought together with a word that described money as it once was before third parties became involved, and money that has been envisioned for the future. Decred, Decentralized Credits, was born.

I see cash and coins as something that was developed by monarchy and governments to replace credit. Fiat money arose from the need for a divisible, durable, fungible and transportable money. We no longer need to rely upon these centralized entities to give us a medium of exchange and store of value.

The future is now. Crytocurrency is a highly divisible, easily transportable, cryptographically secure, fungible, decentralized and trustless money. In the case of Decred, decentralization is taken to a whole new level – we have money that is governed by us.